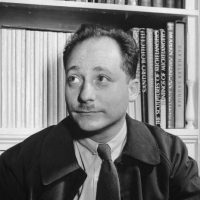 He was born in Chicago, Illinois. He studied at the School of the Art Institute of Chicago and the Art Students League of New York and eventually earned Guggenheim Fellowships which permitted him to travel throughout the country, painting and recording the American scene. His early work won him widespread praise as an important social realist and regional painter and printmaker and his work was marketed through Associated American Artists in New York. During World War II, Bohrod worked as an artist, first in the Pacific for the United States Army Corps of Engineers, then in Europe for Life magazine. In 1948, he accepted a position as artist in residence, succeeding John Steuart Curry, at the University of Wisconsin–Madison, and remained in that capacity until 1973.

In the 1950s, Bohrod developed the trompe-l’oeil style of highly decorative, detailed still life paintings which gives an illusion of real life. It was this style with which he became internationally identified.

Bohrod died on April 3, 1992, at the age of 84. His works can be found in the collections of many American museums, and the Aaron Bohrod Gallery at the University of Wisconsin-Fox Valley was named in his honor.