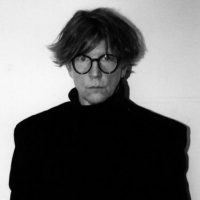 Born in Hot Springs, Arkansas Meredith is a graduate of the University of California with a degree in The History of Art and a nationally and internationally acclaimed artist, writer, director, photographer and filmmaker. She has lived and worked throughout the United States, Mexico, Africa, China and Europe has received a wealth of accolades and serves as a judge for the EMMYS in News & Documentary.

Ann’s work is in the Permanent Collections of The Smithsonian Institution, The Library of Congress, the San Francisco & New York Public Libraries, The Simon Lowinsky, Monique Godlstrom, Donnie Deutsch & Michael T. Solomon Private Collections, the SONY Theatre Collection and The Arthur & Elizabeth Schlessinger Library on the History of Women in America at Harvard University.

Her art has been reviewed by and featured in The New York Times, Fuji Photo Film Magazine Metropolitan Home, MS. Magazine, The California Journal, the Los Angeles Times, Artweek The San Francisco Examiner, American Photo & Rizzoli Publications among many others.