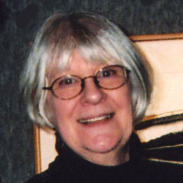 After years of living in several cities, New Orleans, New York, Boston, Rome, Italy and Tucson, Arlyn Ende came to Tennessee in 1972 with artist and partner Jack Hastings to live a rural lifestyle on a farm in the hills of Bradyville, TN. They built their studios, raised their own food and made their art. For many years, Arlyn designed clothes, took commissioned work for textiles that she produced on a 13-foot loom she built, and gave workshops in the techniques she developed. As an active member of the rural community she was one of the founders of The Arts Center of Cannon County. When possible, she traveled to Scandinavia and Peru for short periods, studying the indigenous designs and textiles of those cultures.

After 22 years on the farm Ende and Hastings moved to Sewanee, Tennessee where they built the studios they now maintain. Continuing to pursue her art, which now includes printmaking and hand papermaking, Arlyn is currently the Director of the University Art Gallery at Sewanee: The University of the South. A native of New Orleans, Arlyn studied at Louisiana State University, Tulane University and The School of the Art Institute of Chicago.