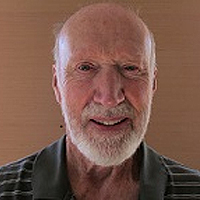 Bruce Stark Lowney was born in Los Angeles, California of Irish, French and German parentage, and grew up in rural Monterey County. He attended art schools and liberal arts colleges graduating with a B.A.degree in Fine Arts & English Literature from North Texas State University in 1959, a M.A. degree in Printmaking and Art History from San Francisco State University in 1966, worked as a printer-fellow at Tamarind Lithography Workshop, as a printer in commercial shops and has taught Lithography in college art departments.

Since 1972 he has lived in New Mexico and shown his art in Albuquerque, Santa Fe and Taos as well as outside the state. He is represented in public and private collections nationwide. In 1992-1994 he was a Peace Corps volunteer in the Southern Highlands Province of Papua New Guinea.