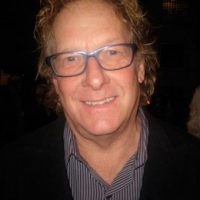 Bryan Hunt is an American modernist sculptor who was born in Terre Haute, Indiana in 1947. He attended the University of South Florida in 1967, and worked at the Kennedy Space Center as an engineers aide 67-68. In 1968, he moved to Los Angeles to enroll in the Otis College of Art and Design, where he received a BFA in 1971. In 1972 Hunt travels to New York City and attends the Whitney Museum of American Art Independent Study Program. Hunt returns to Venice Calif. till 1976 when he moves to New York. In 1978 Hunt was included in the Guggenheim Museum’s Young American Artist. He was in the Whitney Museum Biennials in 79,81 and 85. He was featured at the 1980 Venice Biennale. He lives and works in New York.