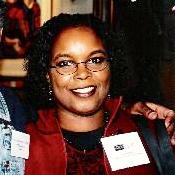 Visual artist Carol White spent most of her childhood traveling, moving from city to city and learning about people. It was no surprise to her family that she pursued a career in art because she developed a strong sense of curiosity about creative processes at a very early age. Enrolled in everything from dance to city orchestra, Carol continued to search for ways to express herself. Being painfully shy as a young girl, the arts offered her a voice or source of inspiration throughout her youth.

Her early life included annual trips to the South with her family. She is the second born of six children whose careers are as diverse as her various homes around the United States. During her early childhood, she grew up in a variety of communities including; Chicago, Illinois, St. Peter, Minnesota, Lansing, Michigan and Nashville, Tennessee.

Carol’s parents spent many years encouraging all of their children to set high goals, take risks and focus on the future. Her father, a Methodist minister and professor was a trailblazer – graduating from the University of Chicago during the 1950’s. Her mother, an English teacher; and later a High School guidance councilor also achieved success as a pianist as a young woman. Education remained a constant topic of discussion, both in immediate and extended family. Carol’s grandmother graduated from college in Birmingham, Alabama and taught in the segregated south.

In 1971, Carol’s family moved to Indianapolis, Indiana where she later graduated from Shortridge High School. Carol has been employed in a number of art-focused jobs throughout her career. She has served as an Artist-in-residence throughout the state of Indiana, worked in the area of education in several museums and taught art to people of all ages. Her interest in art and education has remained at the center of her life. After teaching in the Indianapolis Public Schools for eight years, she joined the staff at the Indianapolis Museum of Art. She currently manages an art studio program at the IMA and continues to focus on creating new arts opportunities for people of all ages.

Ms White has maintained a busy schedule of exhibitions of her work in galleries and art competitions regionally and nationally. Throughout her career, in addition to giving lectures about her artwork, she has served as spokesperson for organizations and provided lectures and presentations about the importance of the arts in public and private schools.