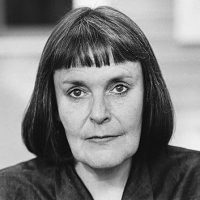 Born in Cambridge, Massachusetts, Murphy studied at the Pratt Art Institute in Brooklyn and at the Skowhegan School of Painting and Sculpture. She was awarded an honorary doctorate by Pratt in 2006. She had her first solo gallery exhibition in 1972 and her first museum show in 1976.

Catherine Murphy has been senior critic in painting at Yale University since 1989.