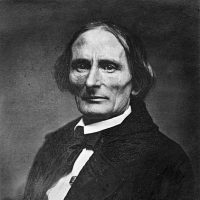 Charles Cromwell Ingham (1797 – 1863) was an Irish portrait painter and later founder of the New York National Academy of Design during the 19th century.

Ingham was born in Dublin, Ireland around 1797, studying art possibly at the Royal Dublin Society or Dublin Academy before immigrating to the United States in 1817. Settling in New York City, he occupied a front rank with his brother as a portrait painter eventually becoming known for his paintings of young women of New York’s upper class, painting over 200 portraits between 1826 and 1845, such as those including portraits as Flower Girl (1846), Day Dream, and Portrait of a Child. Later founding the National Academy of Design, he would serve as its vice president for a number of years until his death in New York on 10 December 1863, at the age of 67.