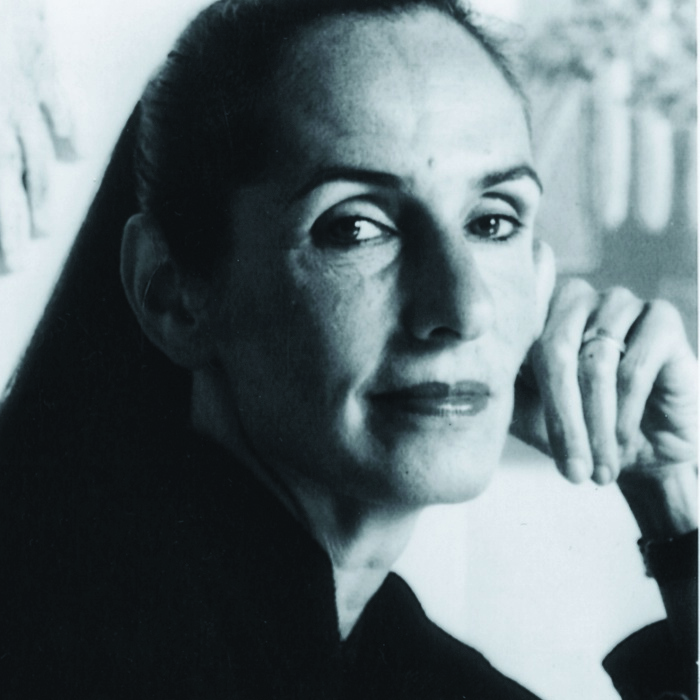 Claudia DeMonte has had more than 60 one person and 300 group exhibitions nationally including exhibitions at the Corcoran Museum Modern Art Museum of Fort Worth, Mississippi Museum, Tucson Museum, Flint Institute of Art, Museum of the Southwest. She has lectured and exhibited in 35 countries including: France, Italy, Estonia, Iceland, Germany, Thailand, Jamaica, The Netherlands, Belgium, Poland, Australia and Japan. Her work is in numerous museum permanent collections including the Brooklyn Museum of Art, Stamford Museum, Boca Raton Museum, and in major corporate collections such as those of Hyatt Regency Hotels, Exxon, Citibank and Siemens. Her public commissions have come from the N.Y.C. Department of Cultural Affairs, Brooklyn Library System, Queens Supreme Court, Prudential, the State of New Mexico and N.Y.C. School Construction Authority. DeMonte is the curator of Women of the World: A Global Collection of Art. This traveling exhibition, with accompanying book, includes work of women from 177 countries dealing with the image of women. This exhibit has been to 24 venues around the world. Her new project, REAL BEAUTY, uses handmade fabric dolls to express beauty standards around the world that are being lost due to plastic reproductions and globalization. She has been a juror for the Prix de Rome and the Fulbright Fellowships. For 33 years DeMonte has served on the faculty of the University of Maryland where she has been named Distinguished Scholar Teacher and Professor Emerita. DeMonte also ran the Art Workshop program at the New School for Social Research from 1980-90. In 2006 she was awarded an Honorary Doctorate from the College of Santa Fe.
In fall 2009 a retrospective of DeMonte’s work began a national tour. Pomegranate published an accompanying monograph, with essays by Eleanor Heartney and Agnes Gund, is being published by Pomegranate. She is represented by the June Kelly Gallery in N.Y.C.