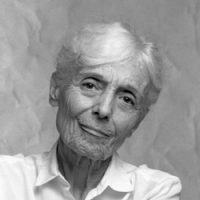 Suffering is not immediately apparent in the story of artist Clyde Connell.

The trials of her life were hidden because the artist did not want the public to know about her misfortunes. The code of her proud planter family, the Dixons, was to hold one’s head high despite difficulties.

The childhood enjoyed by the nine Dixon siblings was one of privilege. Clyde was raised largely by African-American women who were Dixon housekeepers. The two-story house in Belcher was the center of a farming business that encompassed 5 plantations. Clyde briefly attended both Brenau College, Georgia, and Vanderbilt University, Tennessee.

She married Thomas Dixon Connell, son of a planter in Belcher, in 1922. Shortly thereafter her father, the handsome Jim Dixon, died. He shot himself while cleaning his gun.

Management of the Dixon business was taken over by Clyde’s husband. Over the next several decades, the difficult years of the Great Depression, the family land was steadily lost to foreclosures. By the end of WWII the family had only the big house and 5 acres of land.

In 1949 her husband, known as TD, won the position of superintendent of the Caddo Parish Penal Farm. At the farm Clyde developed a studio in what had been a milk shed. She raised 3 children and frequently took over the care of nephews and nieces during the summer months.

But TD was ousted from his job at the Penal farm in 1959, two years short of retirement. The children had been raised; they were independent. Clyde and TD, short of resources, chose to move to a cabin on Lake Bistineau.

There was no room for storage of Clyde’s family heirlooms, art or records from her years of volunteer work in the Southern Presbyterian Church. Clyde destroyed much of the material.

In Shreveport the abstract art exhibited by Clyde and her cohorts was seen by the public as incomprehensible and probably anti-American. The Dixon family was not particularly supportive of her art making.

For 3 years Clyde walked the land at the edge of Lake Bistineau and thought about her life and art. Her volunteer work with the Presbyterian Church had brought her to New York City for many meetings. It was in Manhattan that she had developed a mind for the creation and the business of art. Her goal was to do as William Faulkner had done; make successful art using the local environment. Yet her isolation and lack of financial resources hampered her growth.

Clyde wanted to fabricate a series of designs she called Sun Paths in sheet metal. She did not have the money to do so. When she was given a large gift of paper, she went to work in collage and in drawings on paper.

Wood and paper, the most basic and affordable of materials, became her mainstays. She developed a papier mache coating for her sculptures that gave her work a stone-like skin.

In the meantime, she lost her eldest son, Dixon, to an untimely death. To say that her husband was supportive of her work in art would not be true.

Though she was in her 70’s Clyde had the fortitude of an ingénue. She nailed, glued, coated and painted a stream of work. Her sculpture grew increasingly larger and more demanding of attention. But she entered few shows. She lacked the funds to ship her work to distant venues.

Her breakthrough came via Texas. She sent slides of her work to Murray Smithers at the Delahunty Gallery, Dallas. When he visited her at Lake Bistineau he added Clyde to his roster. Clyde began to sell art in Dallas and in Houston. By 1981 the Delahunty connection won Clyde a show at the Clocktower Gallery, a cutting edge Manhattan venue. The reviewer of the New York Times was impressed.

People from Shreveport who saw her work in NYC began to collect work by Clyde.

Clyde had long made a point of her sympathy for the plight of her black neighbors. She enjoyed the singing and appreciated the aspirations she saw in the black community. Her work for the Southern Presbyterian church was teaching the young in rural black churches. At the penal farm she spent much time making portraits of the prisoners, most of whom were black.

In the 1950’s and 1960’s her family was not comfortable with her work in black churches; it amounted to participation in the civil rights movement. But by the 1980’s she began to tell interviewers that the background of her Swamp Songs included the sounds of violence, death and mourning in the black community. She explained that her appreciation of black struggle was an emotional reservoir from which she drew much of her imagery.

The Non-persons and Bound People series came forth in the 1980’s. Clyde told interviewers that her new sculptures were about women and the social inhibitions that limited their activities.

Only a small circle of family and friends realized how much the suffering portrayed in her art figures related directly to the life of the artist herself.