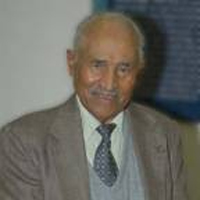 Mr. Lima served honorably in the U.S. Army in the South Pacific during World War II for three years, thereafter he served in the U.S. National Guard 369th of New York for twenty-three years retiring with the rank of Staff Sergeant.

Daniel moved to Rhode Island in 1971 and resides in East Providence. He is the Co-Founder of the Cape Verdean Artist League. His art, which often depicts Cape Verdean life, has been displayed at many Cape Verdean festivals, conferences and other venues.

Upon moving to Rhode Island Mr. Lima became involved with the International Senior Citizens. He has been a past president and member of this group for over 25 years currently serving as Treasurer. He was also a member of the Retired Senior Volunteer Program (RSVP) for over 25 years, often using his skills as a bus driver to transport seniors. He is a long-time member of the Cape Verdean Sub-committee of the RI Historical Preservation & Heritage Commission. Mr. Lima is also a member of the American Cape Verdean Cultural Exchange Commission of the State of Rhode Island.