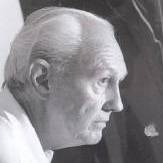 Dick Phillips is a native of Breckenridge, Texas and a graduate of Texas A & M University. He has conducted numerous workshops thoughtout the United States, England and Mexico. Mr. Phillips has continually taught drawing and painting since 1972. Previous studies have been with such noted painters as Milford Zornes and Robert E. Wood. Mr. Phillips has had thirty-nine One Man Exibitions and has exhibited in over one hundred juried shows across the United States. He is listed in Who’s Who in American Art.