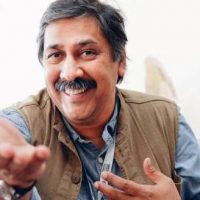 Dilip Mehta was born in New Delhi, India. He joined Contact Press Images in 1977. Early in his career, he won international acclaim for his coverage of the Gandhi family and his five-year reportage on the 1984 Bhopal tragedy, the worst chemical disaster in history.

He has since produced extensive work from the US, the former USSR, China, South Asia and, in particular, from his native India where he is a veteran of the political scene. A regular contributor to the National Geographic, GEO in Germany and France, and Fortune magazine in the USA, in recent years he has documented the effects of widespread modernization on Asian society, especially in his own country.

He worked on several films with his sister, the acclaimed director Deepa Mehta (“Fire”, “Earth”), most recently as a production designer on her film “Water” that was nominated for a 2007 Academy Award in the “Best Foreign Film” category. In 2008, he directed his first feature documentary, “The Forgotten Woman”, about widows in India. He is based in New Delhi, India.