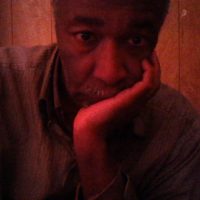 I was born in 1949, raised in Chattanooga, Tennessee. I started drawing as far back as I can remember, probably 4 or 5 years of age. It was only fitting I ultimately become a fine art draftsman. I held to this dream even after earning a B.A. in a premedical curricula at the University of Tennessee at Chattanooga and receiving a M.D. degree ’76 in medicine from Howard University School of Medicine. After completing an Internal Medicine residency I practiced medicine for 10 years, but all the while drawing whenever I could. So, it was only fitting I leave medicine in ’91 to pursue a full time career in the fine arts as a highly skilled draftsman. Art was my true calling, not a doctor. When I look back I became a doctor because my father, brother, and brother-in-law were all doctors of medicine and surgery. I was expected to go into medicine. After all I needed to make a living, being implanted with the fear artists do not make any money.

I continued in the medical profession after coming to New York, Aug.’84. But the urge to draw and master it overcame me. So I gradually phased out my clinic practice eventually pursuing a full time career in the fine arts as a highly skilled draftsman.

My formal art training included private tutelage for 11/2 years at 10 y/o; two years at the Academy of Fine arts, Washington University, St. Louis, MO, ’64-’65 prior to undertaking the premedical curricula; later in New York, three years at the Art Students League after leaving medicine. I unceasingly rendered passionately and tirelessly from the many sculpture at the Metropolitan Museum Of Art. Training was to be taken very seriously.

I was happy at least for a while entering a few national juried competitions as a young man (I don’t recall them now), exhibiting in the sponsoring museums and galleries across the country; awarded a Merit Scholarship at the Art Student’s League; most importantly, obtaining a brief tenure as the evening assistant registrar at the National Academy School of Fine Arts, ’96-’97. This was a wonderful period in my life. I drew during the day at the Met and walked the four brief blocks to work in the evening. As an employee, you could also take classes for free. I did this winning another scholarship at that school as well. The tenure ended though in ’97 due to a budget cut. I have struggled ever since.

It was funny being trained as a portraitist draftsman believing one day I would set New York on fire. Quite the contrary New York responded it would set me on fire regarding portraiture. The door was closed. The wealthy only wanted named artists and the competition was fierce among the other visual artists in that profession.

Commercially my work has been published as fine art prints, note cards, and book marks, I taking the initiative to accomplish this. But it proved to not be cost-effective. Over the years I have built a small following by simply going to the Met to draw. As a result my work is in many private collections. Recall how I met you while drawing at the Met.

Art students coming to the Met have admired my work and asked for pointers. An occasional student has even asked for formal instruction. At one point I had 5 students, but one by one they dropped out. Still in response to these requests, I wrote my book Drawing Realistically: Fundamentals Of An Optical Approach. This was a two year project finished in 2008. I printed a few copies for students off my printer, but to this day the book remains unpublished. The focus is on drawing sculpture and casts since the serious academic art student should start his training with inanimate subjects rather than the live model. Watson-Guptill, the only publisher I approached felt the book was too serious, taking the fun and joy out of drawing. Even so, I have the joy in myself of knowing I accomplished the task I set out to do: write a book. No one can ever negate that accomplishment from me.

My love is realistic draftsmanship. It is my passion. I have no regrets leaving medicine despite the hardships I have faced through the years.