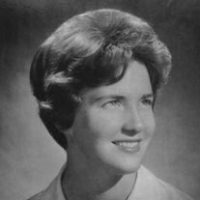 Elaine Anthony (1943-1996), was an American mixed media painter. She was best known for her Black Mesa Series inspired by a spiritual journey of healing undertaken after being diagnosed with breast cancer in 1987. Her work became a mode of expression and empowerment, combined with lifestyle changes, that led her on a redemptive journey toward wellness. Subsequent popular bodies of work created by Elaine Anthony include Warrior Marriage Feast Series, Warrior Icon and Spirit Icon. Anthony completed her art degree from Rhode Island School of Design in 1966 and received an award from the Pollock-Krasner Foundation in 1991. Her work was the subject of a retrospective at the Neuberger Museum in Purchase, N.Y. Anthony was born in New York City in 1943. She and her identical twin sister Carol Anthony were raised in Connecticut.