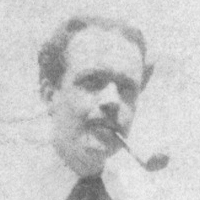 A teacher and painter of portraits, figures, and still life’s, Ernest Lee Major was among the leaders of the Boston School of artists. He won the prestigious Hallgarten Prize while studying with William Merritt Chase at the New York Art Students League, and then went to Europe for three years. He attended the Academie Julian in Paris and exhibited at the Paris Salon. In 1889, he returned to Boston and replaced Dennis Miller Bunker as a teacher at the Cowles Art School. In 1896, he joined the faculty of the Massachusetts Normal Art School where he taught for 46 years. In 1915, he won a silver medal at the Panama-Pacific Exposition and in 1917 won the Bok Prize at the Pennsylvania Academy.