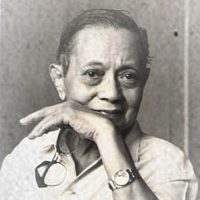 Fernando Amorsolo was born on May 30, 1892 in Calle Herran in Paco, Manila to Pedro Amorsolo and Bonifacia Cueto. Although born in the nation’s capital, Amorsolo would spend most of his childhood in the small town setting of Daet in Camarines Norte where his love for the simple rural life would become the foundation for his artistic output for which he is most well-known.

He was considered one of the many important painters in the Philippine art history in the 20th century. One of his famous paintings was Leyendo el periodic which won second place in the Bazar Escolta, a contest organized by the Asociacion Internacional de Artistas. The next year he enrolled in the Art School of the Liceo de Manilla where he graduated with honors. The University of the Philippines’ School of Fine Arts was where he later entered and where he was influenced by famous artists like Renoir, Monet and Diego Velazquez. In the year 1920s to 1930s Amorsolo set up his own painting studio and earned his honors from his paintings and drawings. He actively devoted his time for painting; Amorsolo was noted for his portraits.

Amorsolo, who died in 1972, is said to have painted more than 10,000 pieces. He continued to paint even in his late 70s, despite arthritis in his hands. Even his late works feature the classic Amorsolo tropical sunlight. He said he hated “sad and gloomy” paintings, and he executed only one painting in which rain appears.