Frank B. Hoffman, a traditional Western illustrator, painter, and sculptor, was born and raised in Chicago, Illinois, and as a young man was employed making sketches for the Chicago American where he later became head of the art department. From here he focused on formal art training, eventually moving west to New Mexico where he painted and lived with Native American tribes and cowboys. He later ran a small ranch, raising the live animal models for his illustrations and paintings. 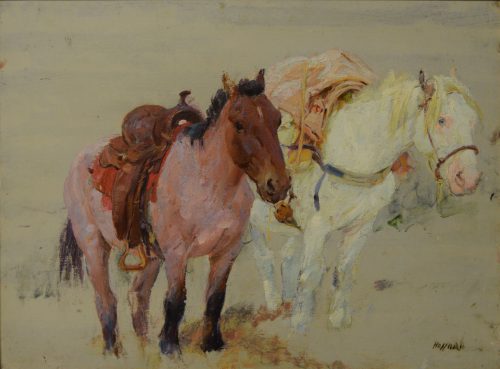