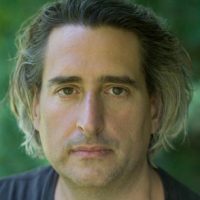 Gregory Crewdson received a B.A. from the State University of New York at Purchase in 1985 and an M.F.A. in photography from Yale in 1988. He has exhibited widely in the United States and Europe and is represented by Gagosian Gallery in New York City. He is Professor Adjunct in Graduate Photography at the Yale University School of Art.

Crewdson’s work has been included in many public collections, most notably the Museum of Modern Art, the Metropolitan Museum of Art, the Whitney Museum of American Art, the Brooklyn Museum, the Los Angeles County Museum and the San Francisco Museum of Modern Art. A retrospective of his work, spanning his career, from 1985-2005, was shown as a traveling exhibition from 2005-2008, at major museums around Europe. Another traveling exhibition of his work is scheduled to open at the Kulturhuset Museum, Stockholm, in February 2011, followed by Sorte Diamant, Copenhagen and c/o Berlin, Berlin, among others. Crewdson has received numerous awards including the Skowhegan Medal for Photography, the National Endowment for the Arts Visual Artists Fellowship and the Aaron Siskind Fellowship.

Crewdson has published several books of his photographs including Hover with ArtSpace Books, Dream of Life with the University of Salamanca, Spain, Twilight and Beneath the Roses with Abrams and a Retrospective book of his work, entitled Gregory Crewdson from 1985 to 2005, published by Hatje Cantz.