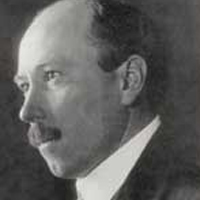 Richard Hayley Lever was born in Adelaide, Australia, and he died in Mount Vernon, New York. Lever was a dedicated and prolific artist, highly respected for his seascapes, yet never allying himself with any one school of painting.

His eclectic assemblage of styles, which stemmed from French impressionism, helped establish him in Europe before 1910. At age 17, he made the voyage from his birth place of Australia to England in 1893. After studying art in London for a time, he settled into an artists’ colony on the seacoast at St. Ives in Cornwall in 1900. There he began his seascape painting.

During the next 10 years, Lever’s paintings reflected the English movement to modify impressionism. His Cornish-coast seascapes, which were executed in the loosely stated “English impressionist” manner, brought him substantial recognition in Europe during that period.

Upon moving to New York City in 1911, Lever developed a prosperous career and reputation, and obtained citizenship. He painted a number of scenes of Manhattan. He later opened a summer studio in Gloucester, Massachusetts that he would keep for years to come.

From 1919 to 1931, he taught at the Art Students League in New York City and entered many exhibitions. Though his sales dropped during the Depression, Lever continued to paint, even through ill health of his last years.