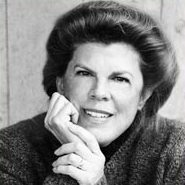 Ms. Duesberry is nationally recognized for her dynamic landscape paintings. Her canvases are remarkable for their rich and intense use of color, and for her distinct interest in the geometry of the various cityscapes and landscapes she interprets. Many of Ms. Duesberry’s paintings, though clearly contemporary, echo such great modernist masters as John Marin and Milton Avery. Her use of light, shadow, scale and texture culminates in paintings that are both visually and emotionally arresting.

Ms. Duesberry divides her time between studios in Denver, Colorado and Millbrook, New York, and has painted plein-air around the world for 40 plus years. She began exhibiting in New York City in 1979, and has since had ten New York solo exhibitions, with recent retrospectives at the Century Association and Denver Art Museum. in January 2006, titled “Joellyn Duesberry: Three Decades of Paint.” She has shown widely around the country, and is represented by seven galleries coast to coast.

A pivotal point in Ms. Duesberry’s career came in 1986 when she was awarded a National Endowment for the Arts grant which enabled her to work with Richard Diebenkorn. Diebenkorn encouraged her to try monotype print-making, and since then she has been actively producing and exhibiting her monotypes along side her plein-air paintings. The Virginia Museum of Fine Arts started “The Covenant of Seasons” which is in its ninth year of national travel, most recently at Hotchkiss and Oberlin; in Autumn 2006 it will be shown at Exeter.

Ms. Duesberry’s paintings are in numerous museum, public and private collections around the country. In 2005, a PBS documentary was made of Joellyn Duesberry’s life, work, and creative process titled “Joellyn Duesberry: Dialogue with the Artist”.