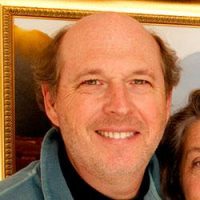 John Hulsey is an accomplished artist, author and teacher who has been working professionally for over thirty years. He is the recipient of numerous awards and his paintings are included in many corporate and private collections: The Environmental Law Institute, Washington, D.C.; The Hudson River Reference Collection, Garrison, New York; The National Portrait Gallery, Smithsonian Institution, Washington, D.C.; The United States Embassies in Australia and Jordan; and The Albrecht- Kemper Museum of Fine Art, St. Joseph, Missouri.

In addition to producing new work for exhibition and teaching workshops, Mr. Hulsey continues to write educational articles about painting for national art magazines, including Watercolor Magazine and American Artist Magazine. Fall 2004 Watercolor Magazine features his article, “In the Footsteps of Cezanne – A Watercolor Workshop in Provence”. He has been selected as a “Master Painter of the United States” by International Artist Magazine where his work was previously chosen to be included in the top ten of their international landscape painting competition. Fine Art Connoisseur Magazine profiled Mr. Hulsey in 2006 in the article “John Hulsey – Passion and Mystery”. He was awarded residencies at Yosemite, Glacier and Rocky Mountain National Parks.

During his career, he has produced commissioned paintings for many of the major publishers including Random House, Readers Digest, and Time Magazine, which featured his watercolor portrait of Margaret Thatcher on the cover.