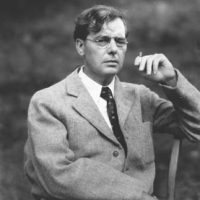 Born in Morning Sun, Ohio, near Oxford, Karl Anderson became a magazine illustrator and noted impressionist painter of genre, mythology, symbolism, and still life, much influenced by his exposure in Europe to painters in that style.

He was the son of a harness maker and saddler and the brother of famous playright, Sherwood Anderson. He first took art lessons from a local house painter in Clyde, Ohio, where the family moved in 1884. Seven years later he went to Cleveland where he worked for a photographer, doing retouching, and also took night classes in crayon portraiture.

Shortly after, he enrolled at the Art Institute of Chicago with John Vanderpoel and James Earle Fraser. He worked as an illustrator to pay his way at the Institute, which was a result of becoming friends with fellow student J.C. Leyendecker, whose position Anderson assumed in 1896 at J.C. Mantz and Company. Two years later, he was in New York where he worked for the Sunday Morning Telegram. In 1899, he was back in Ohio as resident artist in Springfield for Women’s Home Companion.

In 1900 in Paris, France, he enrolled at the Academies Julian as a student of Alphonse Mucha, and also studied at the Academie Colarossi. The following year he was in Egmond, Holland where he took plein-air painting classes with from George Hitchcock, the American expatriate, whose work captured the changing moods of Dutch sunlight. This style became a permanent influence on Anderson.

Anderson returned to New York and earned money from commercial illustration including commissions from Scribner’s, Collier’s Weekly, Saturday Evening Post and Good Housekeeping. Between 1909 and 1912, he traveled back to Europe, which included in 1911, a stay at Giverny with Frederick Frieseke, his old friend from Chicago Art Institute days. Frieseke persuaded Anderson to stay at the colony for a period of time to study Monet’s impressionist style, and Anderson did so during the summer of 1909.

Settling in Westport, Connecticut in 1912, but staying in close touch with the New York art scene, he continued as an illustrator for popular women’s magazines, but thanks to the patronage of Charles Dawes, prominent Illinois businessman and Vice-President of the United States from 1925 to 1929, Anderson was able to focus increasingly on his fine-art painting. He exhibited at the National Academy of Design where in 1917, he received the Benjamin Altman Prize.

In New York, he was an elected member of the Salmagundi Club, the National Academy of Design and Grand Central Galleries. In Connecticut, he taught art classes and received distinction for his painting that led to his title as the “Dean of Westport Painters”.