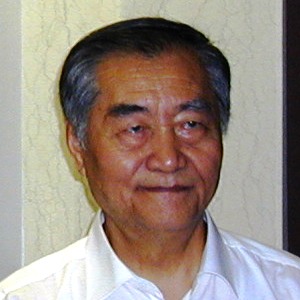 Kong Bai Ji was born in Shanghai, in the People’s Republic of China, in 1932 and began painting at age five. His first one-man show took place in 1964 at the Shanghai Arts Hall. In 1976, Kong was appointed head of the Department of Fine Arts at the Shanghai Academy. Kong Bai Ji immigrated to the United States with his family in 1986. His works are included in the permanent collections of many of the world’s top museums and cultural institutions, including The Art Institute of Chicago, Lincoln Center in New York, The China National Art Gallery in Beijing, The Shanghai Art Museum, Harvard University, The Soyanzi Art Museum in Tokyo, The Peace Museum in Hokkaido, Japan, and the sacred Kinpusen-Ji Temple in Nara, Japan–a designated Japanese national treasure.