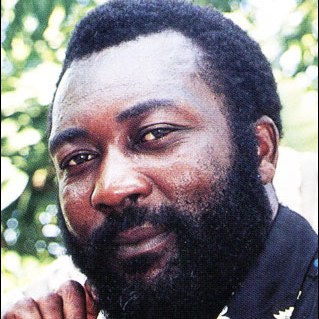 Born October 19, 1944 in Soisson-la Montagne, Haiti, Levoy Exil is one of the founders of the the Saint-Soleil School of Painting which began as a peasant commune and became a world-famous art movement.

Considered “avant-guard” in the 1970s, this famous school borrows little from other influences in Haitian art (aside from vodou), and lent a new image to Haitian painting.

In the words of Andre Malraux, who “discovered” this new movement in 1974 and introduced it to the world – “it is impossible to determine where it came from or to whom it speaks.” In L’Intemporal, Malraux quotes Louisianne Saint-Fleurant to the effect that: “It is through Vodou that we would best approach the creative process of the Saint Soleil painters. In the final analysis, the painter paints because he or she is ‘mounted’ (possessed) and paints what the loa wants.”

Exil is one of Seldon Rodman’s favorite painters, and he devotes a large part of a chapter of his book “Where Art Is Joy” to this artist. Rodman considers Exil “the most lyrical” of this school of artists. Among the numerous prestigious exhibitions featuring Exil’s work was “Haiti: Art Naif, Art Vaudou” at the Galeries Nationales du Grand Palais in Paris in 1988.

Exil, along with fellow San Soleil School co-founder Dieuseul Paul is among the few original members of this school still alive and painting. We are confident that his work will continue to grow in international esteem and no doubt value over the coming years.