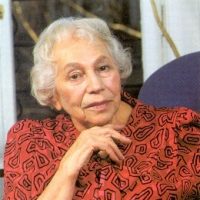 Vienna-born and educated, Lily Spandorf made London her base of operations for several years, dividing her time between Britain and Italy, painting and exhibiting in both countries. She came to the United States at the end of 1959 and had a solo show in New York City. In 1960 she arrived in Washington, where she has had many solo exhibits.
She is best known for her paintings of places; pictorial reports made on the spot. Her work was reproduced in the Washington Post, Evening Star and other publications. Each Christmas she captured the Christmas decorations in the White House and in summer, the Folk Festival on the Mall.

Lily Spandorf¹s interpretation of the individuality and beauty of places became a form of historical documentation as she captured the essence of many old buildings which were torn down. In such a way, “The Washington Never More” collection was created and of these paintings were compiled in a book under the same title. She adapted the technique to the subject, using watercolors or gouache and reinforcing details with pen lines or lines in sepia in a broader, more simplified handling. Lily¹s traditional style set her apart and made her a unique contributor to the Washington art scene.