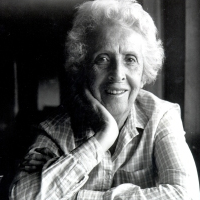 Margaret Lefranc was a prodigiously talented artist whose career as a painter, illustrator and editor spanned more than 87 years. Born in Brooklyn, NY, she produced her first works of art at the age of six. Notable as a pioneering woman artist of the 20th century, Lefranc’s life and productions provide a clarifying window on modernist art and its evolution during her lifetime. She worked in a variety of media (including oil, watercolor, gouache, pastel, etching and monotype), and the portraits and landscapes that she created in a range of styles reflect cubist and other avant-garde influences. In Europe and New York, she found a place in the artistic vanguard during the 1920s and 1930s. This was well before 1939, when she vacationed in Taos, staying with D.H. Lawrence’s wife, Frieda; and before 1945, when she settled in Nambe, near Santa Fe, and her subsequent time maintaining family homes in Hunter, NY, and Miami, Fl.

Lefranc lived in Berlin with her parents from 1920 to 1922 and then in Paris during the decade between 1923 and 1933, where she studied art with Andre L’Hote (among others) at the Ecole du Louvre, as well as at the Sorbonne. She returned to the U.S. in 1933; in 1935, she founded the Guild Art Gallery in New York City, promoting a number of important artists (for example, Arshile Gorky, whose first New York exhibition was held there). The records for the Guild Art Gallery are housed in the Archives of American Art, Washington, D.C. and the Margaret Lefranc Art Foundation. The gallery closed in 1937.