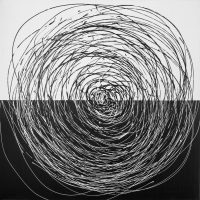 Marsden Hartley (January 4, 1877 – September 2, 1943) was an American Modernist painter, poet, and essayist of the early 20th century. Hartley was born in Lewiston, Maine, USA, where his English parents had settled. He began his art training at the Cleveland Institute of Art after the family moved to Cleveland, Ohio, in 1892.