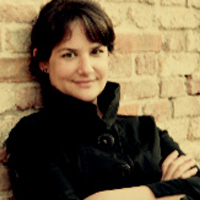 Martha Lewis currently lives in the USA and Europe. She received her B.F.A from the Cooper Union and her M.F.A from Yale University. Recent projects have included an installation, “Fountain of Youth”, at PS122 in New York, a group exhibition at Ovada in Oxford U.K. titled “Go on, Deceive Me”, and a solo show “A Filter Method for the Nonlinear Feasibility Problem” at London’s Tricycle gallery.
Additionally, She has been artist-in-residence at the Camargo Foundation in Cassis, France, taught an original drawing class “Drawing & Thinking” through the College Seminar Program at Yale University, and been showcased by Axis for their “Cities on the Move” CD Rom project, as a part of Visual Associations’ educational program based in Leeds, UK .In 2006 she moved from the U.K. where she had primary residence for 7 years, back to the U.S.A.

During her time in England she participated in a group exhibition at the Museum of Modern Art, Oxford, where her painting was used for the exhibit poster. She also did a project for the Ruskin School of Drawing, Oxford University, at the Oxford Botanical Gardens, and had a residency at Ovada (the Oxfordshire Visual Arts Development Agency), culminating in an exhibition of her installation “Realm of Desire with Beings of Gross Form” in the gallery. Notable among her talks and public presentations of her work have been one at India’s Viswa Bharati University to students in the fine arts program.

Lewis’ work is in the collection of Nuffield College, Oxford, and Chapman University, Orange, Ca. where it is on permanent display in the library, as well as in private collections in the U.S.A and Europe.