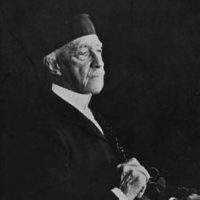 Martin Johnson Heade was born in Lumberville, Pennsylvania near the banks of the Delaware River. He became accomplished as an artist, naturalist, and poet. He was first educated in coach painting by Edward Hicks (1780 – 1849) and later studied in Italy, France, and England. After returning to the United States, his travels took him to Missouri, Illinois, South America, British Columbia, California, and finally to Florida where he settled.

A prolific painter, Heade exhibited widely in Boston, at the Pennsylvania Academy of the Fine Arts, and at the Natinal Academy of Design. The Bucks County Intelligencer for August 9, 1864 noted, “Heade has executed a number of sketches of the White Mountain regions, and of the wild ravines near Conway.” However, he is best known for his paintings of tropical birds and flowers and his Eastern salt marsh landscapes.

His work has been preserved at the Metropolitan Museum of Art, the Boston Museum of Fine Arts, the Amon Carter Museum, and at other major museums.