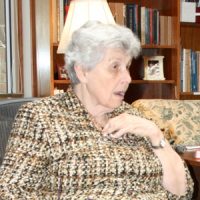 Mary Sheppard Burton of Germantown, MD, was born December 5, 1922, in Salisbury, Maryland. In 1940, she graduated from Wicomico High School. On September 6, 1941, she married Charles H. Burton of Washington, DC, and they settled in Montgomery County, Maryland. This is where Mary began to pursue her calling as a rug-hooking artist. Because of Mary’s outstanding talent and devotion to her art, she became an internationally renowned rug-hooking artist and teacher. She was an inspiration to all who met her. Some of her beautiful rugs may be seen at the American Folklife Center at the Library of Congress in Washington, DC. Mary was nominated for induction into the Rug Hookers Hall of Fame. She died on July 1, 2010.