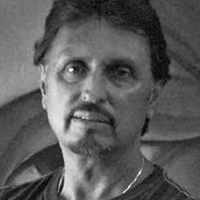 The youngest son of Hispanic parents, Miguel Martinez was born and has lived in Taos, New Mexico since 1951. He discovered his interest in the arts during high school where he enjoyed his hands-on experience with paints, clay and other media. Later, after becoming a successful jewelry designer, he turned to painting, which he believed would more fully express what he wanted to say in his art. He committed himself completely to a study of this discipline, spending five years working with several prominent New Mexico Artists including RC Gorman, Ray Vinella, and Frank Howell. Also, early on he was inspired by Mexican artists Rivera and Zuniga for their portrayal of the dignity of common folk, and he admired Modigliani’s works of powerful and poignant human emotions. He knew these were the kinds of messages stirring in his soul and waiting to be painted.