Nicholas Richard Brewer was born in Olmsted County, Minnesota and moved to St. Paul in 1875. He began painting in his youth and was largely self-taught – he didn’t formally study art until he was 26 years old, when he attended the National Academy of Design in New York. He was a member of several artist organizations, participated in a number of art exhibitions, and received many art awards throughout his life. Well known for his portraiture, Brewer traveled throughout the United States and captured the images of many notable individuals, including several state governors and two presidents. He was most inspired by nature, and continually sought to accurately capture what he saw in his landscapes, which he preferred over portrait painting. Brewer detailed his life in his autobiography, Trails of a Paintbrush.

“Who can overestimate the value of mood in landscape? The most thrilling and delightful effects we see are usually evanescent, fleeting. They are nature’s smiles. But, unlike the human smile, once gone they never return. The blue shadow of the cloud sweeping the mountain side may be the only one that day.”

-Nicholas Brewer Trails of a Paintbrush 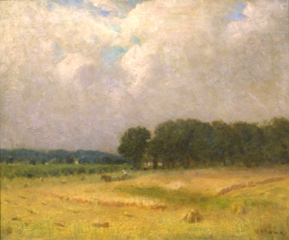 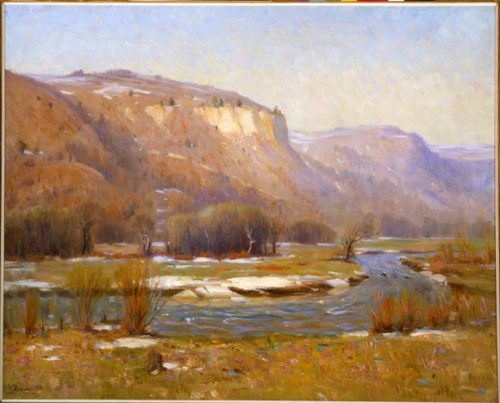