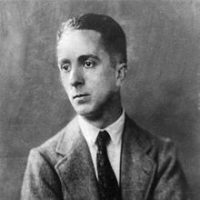 Norman Rockwell was born in New York City. When he was 14 years of age, Rockwell began studying art at The New York School of Art. Realizing that he wanted to be an artist, he left high school at age 16 to attend the National Academy of Design, shortly afterwards moving to the Art Students League where he was taught by Thomas Fogarty and George Bridgman.

Rockwell’s talent was recognized by others while he was still in his teens. At only 15, he painted his first commission (four Christmas cards). Then, at 19, he was hired as the art director of Boys’ Life, the Boy Scouts of America (BSA) publication. His first published magazine cover, Scout at Ship’s Wheel, appeared on Boys’ Life September 1913 edition.

When he was 21, Rockwell moved to New Rochelle, New York. While there, he shared a studio with Clyde Forsythe who worked for The Saturday Evening Post. At Forsythe’s urging, Rockwell submitted a cover painting to the Post. Boy with Baby Carriage was published on May 20, 1916. It was the first of over 300 covers painted by Norman Rockwell that graced The Saturday Evening Post over the next 47 years.

Rockwell’s success on the cover of the Post led to covers for other magazines of the day, including The Literary Digest, The Country Gentleman, Leslie’s Weekly, Judge, Peoples Popular Monthly and Life magazine.

1916 was memorable for Rockwell in that not only did he paint a Post cover, but he also married Irene O’Connor. Unfortunately, the marriage was not a success and they divorced in 1930. Later that year, he married Mary Barstow, a schoolteacher, and fathered three sons, Jarvis, Thomas, and Peter. The family moved to Arlington, Vermont, in 1939, and Rockwell’s work began to reflect small-town American life.

While in Arlington, Rockwell painted his famous Four Freedoms paintings – Freedom of Speech, Freedom to Worship, Freedom from Want, and Freedom from Fear. These toured the United States and, through the sale of war bonds, raised more than $130 million for the war effort.

The fifties and sixties were decades of tremendous change in Rockwell’s personal life. In 1953, the Rockwell family moved from Vermont to Massachusetts. Six years later, Mary Barstow Rockwell died unexpectedly.

In 1960, Rockwell published his autobiography, My Adventures as an Illustrator, in collaboration with his son, Thomas. Excerpts from the best-selling book were printed in eight consecutive issues of The Saturday Evening Post, with Rockwell’s famous Triple Self-Portrait on the cover of the first.

In 1961, Rockwell married Molly Punderson, a retired teacher. In 1963, Rockwell left The Saturday Evening Post and began to work for Look magazine. During the next ten years, Rockwell painted pictures illustrating contemporary issues such as civil rights, America’s war on poverty, and the exploration of space.

In 1973, Rockwell established a trust to preserve his artistic legacy by placing his works in the custodianship of the Old Corner House Stockbridge Historical Society (now known as the Norman Rockwell Museum at Stockbridge). In 1976, knowing he was in failing health, Rockwell had his studio and its contents added to the trust.

In 1977, Rockwell received the nation’s highest civilian honor, the Presidential Medal of Freedom.

Norman Rockwell passed away from emphysema. He was 84 years of age.

In 2000, the New York Times stated that Rockwell was “the greatest artist of the last century,” and the art journal Apollo, used a Rockwell image on its millennium issue cover. His retrospective ‘Pictures for the American People’ traveled for two years across the USA ending at the Guggenheim Museum (bastion of abstract expressionism) – a major tribute to both Rockwell and the illustration. Today, Rockwell himself is recognized as an icon with such timeless phrases as, “it is as American as apple pie, baseball and Norman Rockwell.”