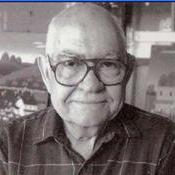 Paul Walker Patton was born in Ohio, and died in Cleveland, Ohio. He is buried in Salt Creek Cemetery, Muskingum County, Ohio, near the village of Rix Mills where he spent his youth (and which he painted by memory innumerable times, as 1930s Rix Mills and its people were the subject of hundeds of his paintings).

Patton lived most of his later life in Bedford, Ohio (a suburb of Cleveland), where he served as principal of Central Elementary School. He was much beloved by his community. On his retirement, Bedford honored him with a village park memorial, a parade and a community picnic.