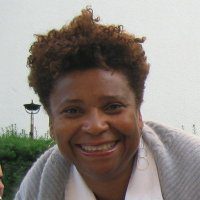 Philemona Williamson received her BA from Bennington College and her MA from New York University. She has held various positions at Parsons School of Design, The Getty Institute for Education in the Arts, New York State Council on the Arts, University of North Carolina Chapel Hill, Bard College, Rhode Island School of Design, and Metropolitan Museum of Art. In 1997, she received the Joan Mitchell Foundation Award in Painting. Other awards and honors for Williamson include a 1991 New York Foundation for the Arts Fellowship in Painting, Pollock-Krasner Foundation Grant in 1990, and National Endowment for the Arts Fellowship in Painting in 1988.

Of her work she states, “My paintings are of pre-adolescent girls and boys, children on the cusp of adulthood. The figures struggle to balance their innocence and awkwardness with their new found sexuality. The figures are involved in their own drama when the observer discovers them; it is a surprise to both. The questions begin at this point…Who are these children? What are they doing and why? Ethnicity and gender are questioned.”

She received an Arts in Transit Poster Commission at Union Square Station in New York in 1992. In 2003, Williamson was commissioned by the New York City Board of Education, the New York City School Construction Authority, the New York City Department of Cultural Affairs, and Percent for Art Program to create a mosaic mural for the Glen Oaks Campus School in Queens, NY. During her career, her works have been on view at the June Kelly Gallery in NYC, SUNY College in Old Westbury, NY, John Michael Kohler Arts Center in Sheboygan, WI, Hypo-Bank in NYC, African American Museum in Hempstead, NY, Queens Museum of Art in NY, Montclair Art Museum, The Bronx Museum in NYC, and many other locations.