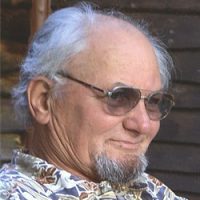 Philip Barter is a self taught artist, with no formal or academic art training. Born in 1939 in Boothbay Harbor, Maine, Barter’s interest in art – primarily drawing – asserted itself early on and was self – motivated. By his mid-teens, drawing had become a daily occupation. Barter spent many years rigorously developing his art skills. A brief stay in California in the early Sixties proved critical to his resolve to become a painter. By the 1980’s, he emerged as one of Maine’s leading regionalist painters. A prolific artist, his paintings, nearing two thousand in number, are scattered throughout the United States, Canada, and Europe, in both individual and corporate collections.
In 1988, his reputation as a leading regionalist folk-art painter and interpreter of Maine’s Down East experience(captured primarily in his narrative paintings) reached officials at Massachusetts’ DeCordova Museum; they included six of his narratives in their traveling exhibition “Stories to Tell: The Narrative Impulse in Contemporary New England Folk art.” It was Philip Barter’s first important exposure in a publication devoted exclusively to art and artists.

In 1992, Bates College, in Lewiston, Maine, honored him with his first retrospective for his quarter century contribution to Maine art. In August of 1993, he appeared in Down East magazine (“One Happy Fella”) for the first time. Barter gained national attention in January 1995 when he appeared on CBS’s Sunday Morning with Charles Kuralt.