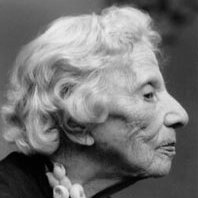 The painter Quita Brodhead’s (nee Marie W Berl) career stretched the entire length of the twentieth century. Born in 1901, to well-to-do parents who encouraged her interests, Brodhead’s financial independence allowed her to pursue a career in a field open to relatively few women. As an adult, she took the name Quita from a childhood nickname, Mariequita or “Little Marie”.

Upon entering the Pennsylvania Academy of Fine Arts in 1919, Brodhead pursued her studies with the well-known artist Arthur B. Carles. Brodhead absorbed Carles’ ideas about “creating form with color” (as Carles scholar Barbara Wolanin puts it) and his teachings and body of work had a lifelong impact on her work. He introduced her to modern artists like Picasso, Cezanne and Modigliani who were on display at the nearby Barnes Collection. Matisse, who visited Philadelphia in 1933 at Carles and Dr Barnes invitation also, had a major influence on her work. By the early 1950s, Brodhead’s work still alive with color, had grown more abstract and, in the words of a critic, “induces physical sensations as though vision were a tactile sense, as though her play in color were to stroke the observer”. Art historian and critic Bill Scott said, “Quita’s painting is a continual act of balance and proportions in which she always leaves room for air.”
Her travels in the 50s, always with paints and easel, included three years in France, and a year in Rome and in 1960-61, ten months in Tenerife in the Canary Islands, Spain.

Beginning in 1938 and continuing for the rest of her life, Quita exhibited frequently in galleries and museums with solo and group shows in New York City, Philadelphia, Washington D.C., Paris, Rome and elsewhere. Before her death in 2002 at 101, retrospective shows were held at the Wayne Art Center, Wayne Pa which she had founded in 1930, The Pennsylvania Academy of Fine Arts and The Hollis Taggart Galleries in New York, celebrating her 100th birthday. Grace Glueck, art critic for the New York Times, said in reviewing the Taggart show, “The gifts of long life and the talent to live it rewardingly do not go to many. Ms Brodhead is quite simply a phenomenon.”