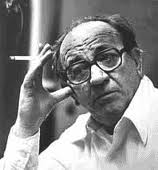 Ralph Fasanella was born in New York City to a working class family. At the age of thirty, while a union organizer for the United Electrical Workers of the CIO (Congress of Industrial Organizations, a federation of unions that organized workers in the United States and Canada from 1935 to 1955), he began to paint. Without formal art training, Fasanella painted the lives of the people around him. A chronicler of history, he recorded major political and social events of our time. His colorful canvases, crowded with people, buildings, newspaper headlines, and scenes of everyday life are intricate and vibrant. Disillusioned with the unions and corporate America, he painted to get closer to his roots.

Fasanella’s first solo exhibition was at ACA Galleries in 1948 followed by numerous gallery and museum exhibitions. In 1972 his work was “discovered” and his rise to stardom followed. He was featured on the cover story of New York Magazine in 1972 and in 1973 on the cover of The New Yorker. A monograph, Fasanella’s City, by Patrick Watson, was published in 1973 by Alfred A. Knopf Inc. When his work became known, his complex and dazzling canvases became public treasures. His work has been reproduced and discussed in innumerable magazines, books, catalogues, films and television shows.

According to Pamela Hill, “The paintings of Ralph Fasanella, one of the countryºs foremost self-taught artists, tell a story of life in the urban environment. While the specific location of these stories is often New York City, the experience is that of all people in our places where a collective spirit of humanity prevails. Crowds gather, flags are raised, politicians speak, baseball is played, lovers nestle and families gather to celebrate and mourn. The Kennedy and Nixon Years are explored, as are strikes, demonstrations and rallies. Dreams of a better world mix with realities experienced by all Americans. Ralph chronicled the 20th century through panoramic and complex graphic explorations painted with exuberance and passion. Ralph taught himself to paint. Through his paintings, he teaches us, by revealing, through his personal vision, an overview of life in our time.”

His work is in the permanent collections of the Addison Gallery of American Art, Andover, VA; Baseball Hall of Fame, Cooperstown, NY; Hirshhorn Museum, Washington, D.C.; Museum of American Folk Art, New York, NY and many other museums and public buildings.