In 1985 Ralph Wickiser wrote of his series of reflection paintings, “as an abstract painter, the beauty of Nature became an irresistible lure when I moved to Bearsville, NY. After discovering Vredenburg stream, I was drawn in particular to a part of the stream about a city block long. Constantly changing shapes and colors found in the reflections of the stream intrigued me and in attempts to capture fleeting & momentary qualities I focus on different depths in the stream and there I discovered a whole new world of shapes, forms, textures and colors. Reflections are the continuous theme in all these works and the study of reflections in the stream has led to a discovery of a whole new class of art qualities in form and substance, which has allowed me to express more succinctly my appreciation of the grandeur in nature.

Ralph Wickiser attended the Art Institute of Chicago from 1928 to 1931, he earned his B.A. from Eastern Illinois College in 1934, his M.A. in 1935 and Ph.D in 1938 both from Vanderbilt and Peabody. From 1941 to 1956 Wickiser was the chairman of the art department at Louisiana State University, Baton Rouge, then from 1959 to 1978, Wickiser became the chairman of Institute’s undergraduate and graduate schools of art and design and its art education department, later becoming acting Dean and Visiting Professor Emeritus of Graduate Art.

Wickiser spent nearly 20 years of his long artistic career as a pure abstractionist. When in the late 1970’s he settled into his home in Woodstock, New York, the peace and solitude gave the artist the freedom to paint and develop, brilliantly and unflinchingly, some of his new theories, not the least of which was that the nature around him – and, indeed, all nature – was abstract, in essence and in being. 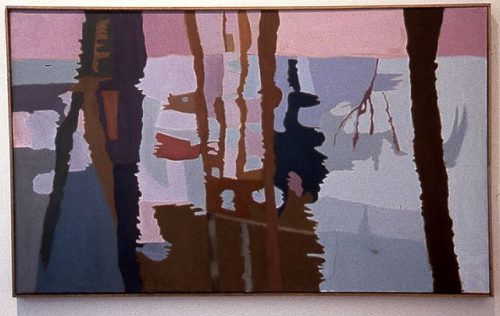 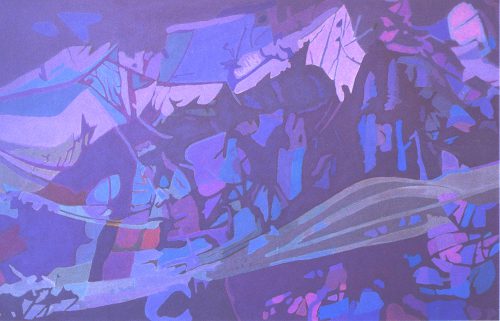