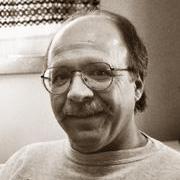 Reid Christie is an artist who is creative, imaginative and versatile. Raised and educated in the Northern Rocky Mountains, Reid graduated from the University of Wyoming with a Bachelor of Fine Arts Degree in 1981 and began painting full time in 1985. Reid currently resides in Cody, Wyoming.

Reid is a painter of landscape and light. He is strongly influenced by the Hudson River School of painters. His symmetrically composed works revolve around light and how it reflects, refracts, and passes in, around and through objects, space and time. He feels that once these basic premises have been completed, the addition of figures to a work sometimes clarifies the composition and perspective of the surrounding landscape. he feels that art is an interaction between itself and the person viewing it in a specific time and place. According to Reid, “If the viewer’s reaction to this is a pleasant one, then I may have achieved a small bit of what I wish to convey.”

Reid has won many awards and has participated in shows all over the country. His work is included in numerous collections around the world.