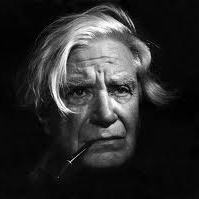 Nakian received honorary doctorates from the Universities of Nebraska (1969) and Bridgeport (1972); medals from the Philadelphia College of Art (1967) and the American Academy/National Institute of Arts and Letters (1973); and the Skowhegan Medal for Sculpture (1983). He was the recipient of awards from the Connecticut Commission on the Arts (1979), Brandeis University (1977), and the Rhode Island School of Design (1979).

Nakian was a guest of honor at the “Famous Artists’ Evening” at the White House (1966), and the Smithsonian Institution produced a documentary on his life and work titled “Reuben Nakian: Apprentice to the Gods,” (1985). He was awarded a Guggenheim Fellowship in 1931 and a Ford Foundation Fellowship in 1958, and he represented the Unites States as the major sculptor in the VI Bienal in Sao Paulo, Brazil (1961) and the 1968 Biennale in Venice, Italy.

Nakian’s work is represented in the permanent collections and sculpture gardens of many of America’s most prestigious museum and institutions. He has been honored with major one-man exhibits at the Los Angeles County Museum (1962), the New York Museum of Modern Art (1966), the Hirshhorn Museum, Washington, DC (1981), the Milwaukee Art Museum (1985), the Gulbenkian Centro de Arte Moderna, Lisbon, Portugal (1988), and a Centennial Retrospective at the Reading (PA) Public Museum and the Corcoran Gallery of Art in Washington, DC (1999), the site of Nakian’s first one-man museum exhibition in 1935. “Garden of the Gods I” was one of five sculptures to inaugurate the Metropolitan Museum of Art Roof Garden, while other of his monumental works preside over civic and private settings across America.

The Homer Babbidge Library, The University of Connecticut, March 25-May 25, 2001