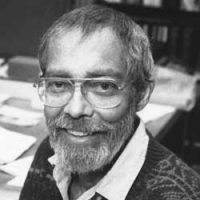 Born in 1932 in Illinois, Richard Estes is regarded as one of the founders of the Photo-Realist movement which emerged in America in the late 1960s. He belongs to a rich history of artists who have depicted New York City, and has a detailed knowledge of the city’s diverse architecture, infrastructure and habitants. Although not a native New Yorker, New York has been his home and a recurring motif in his work for over 30 years.

Habitually depicting urban landscapes, Estes begins with photography to collect and record information. He then works free-hand to paint in a fluid and open-ended process his remarkably intricate and realistic scenes. While unquestionably reconstructing reality, Estes’ paintings and prints expand the sensory range of the viewer allowing a greater focus and providing more information than the naked eye. His prints are no exception in creating this extrasensory experience. They are built up in layers of color and capture a palette and vitality similar to the detailed clarity of his paintings. Estes remains a prominent figure in the contemporary art world, and has secured a place in art history as one of the most captivating American realists to date.