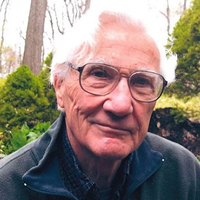 Richard Lytle studied at Cooper Union and at the Yale School of Art, where he received a B.F.A. in 1957 and an M.F.A. in 1960. He was an assistant in instruction to Josef Albers in 1956 for color and in 1957 for basic drawing. He was awarded a Fulbright Fellowship to Florence, Italy, in 1958 and was included in the Museum of Modern Art exhibition Sixteen Americans in 1959. In 1985 Mr. Lytle received the Augustus Saint-Gaudens Award from the Cooper Union. His work has been exhibited nationally and in Europe, and his paintings are in many public and corporate collections including those of the Museum of Modern Art, the National Museum of Art, and the Minneapolis Institute of Art. Mr. Lytle began teaching at Yale in 1960, was dean of the Silvermine College of Art from 1963 to 1965, and returned to the Yale faculty in 1966. Mr. Lytle was acting dean of the School of Art in 1980-81 and in the spring terms of 1990 and 1994. He was appointed professor of art in 1981 and named the William Leffingwell Professor of Painting in 1999. He is currently professor emeritus.