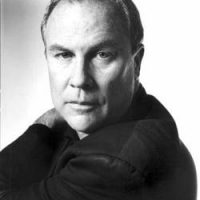 Of Wilson’s artistic career, Susan Sontag has added “it has the signature of a major artistic creation. I can’t think of any body of work as large or as influential.” A native of Waco, Texas, Wilson was educated at the University of Texas and arrived in New York in 1963 to attend Brooklyn’s Pratt Institute. Soon thereafter, Wilson set to work with his Byrd Hoffman School of Byrds and, together with his company, developed his first signature works including King of Spain (1969), Deafman Glance (1970), The Life and Times of Joseph Stalin (1973), and A Letter for Queen Victoria (1974). Regarded as a leader of Manhattan’s then-burgeoning downtown art scene, Wilson turned his attention to large-scale opera and, with Philip Glass, created the monumental Einstein on the Beach (1976), which achieved worldwide acclaim and altered conventional notions of a moribund form.

Following Einstein, Wilson worked increasingly with major European theaters and opera houses. In collaboration with internationally renowned writers and performers, Wilson created landmark original works that were featured regularly at the Festival d’Automne in Paris, Der Berliner Ensemble, the Schaubühne in Berlin, the Thalia Theater in Hamburg, the Salzburg Festival, and the Brooklyn Academy of Music’s Next Wave Festival. At the Schaubühne he created Death, Destruction & Detroit (1979) and Death, Destruction & Detroit II (1987); and at the Thalia he presented the groundbreaking musical works The Black Rider (1991) and Alice (1992). He has also applied his striking formal language to the operatic repertoire, including Parsifal in Hamburg (1991), Houston (1992), and Los Angeles (2005); The Magic Flute (1991) and Madame Butterfly (1993); and Lohengrin at the Metropolitan Opera in New York (1998 & 2006). Wilson recently completed an entirely new production, based on an epic poem from Indonesia, entitled I La Galigo, which toured extensively and appeared at the Lincoln Center Festival in the summer of 2005. Wilson continues to direct revivals of his most celebrated productions, including The Black Rider in London, San Francisco, Sydney, Australia, and Los Angeles; The Temptation of St. Anthony in New York and Barcelona; Erwartung in Berlin; Madama Butterfly at the Bolshoi Opera in Moscow; and Wagner’s Der Ring des Nibelungen at Le Châtelet in Paris.

Wilson’s practice is firmly rooted in the fine arts and his drawings, furniture designs, and installations have been exhibited in museums and galleries internationally. Extensive retrospectives have been presented at the Centre Georges Pompidou in Paris and the Boston Museum of Fine Arts. He has mounted installations at the Stedelijk Museum in Amsterdam, London’s Clink Street Vaults, and the Guggenheim Museums in New York and Bilbao. His extraordinary tribute to Isamu Noguchi has been exhibited recently at the Seattle Art Museum, and his installations of the Guggenheim’s Giorgio Armani retrospective have traveled to London, Rome, and Tokyo.

Each summer Wilson decamps to the Watermill Center, a laboratory for the arts and humanities in eastern Long Island. The Watermill Center brings together students and experienced professionals in a multi-disciplinary environment dedicated to creative collaboration. A gala benefit and re-dedication of the reconstructed main building takes place every summer.