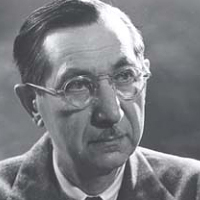 A Woodstock painter, Sidney Laufman studied at the Art Institute of Chicago and at The Art Students League under Robert Henri. Laufman was a prolific painter and exhibited widely, winning the Logan Prize at the AIC twice and the first Altman prize at the National Gallery of Design. He exhibited at the Corcoran 10 times alone. In the 1920’s and early thirties, Laufman and his wife lived in Paris, returning frequently to New York to arrange work in exhibitions.

He lived in the winters in Sarasota, Florida from 1968 – 74 and moved there permanently from 1975 until his death in 1985. His work is in the collections of the Art Students League, Art Institute of Chicago, Cleveland Museum of Art, Corcoran Gallery of Art, Metropolitan Museum of Art, Minneapolis Art Institute, Museum of Modern Art, Toledo Museum of Art, Whitney Museum of American Art, and others.