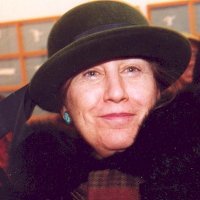 Susan Shatter received her BFA from the Pratt Institute, New York, and her MFA from Boston University, Massachusetts. She also studied at the University of Wisconsin and Skowhegan School of Painting and Sculpture, Maine. In her works, she uses watercolors to realistically portray the effects of light, color and atmosphere, whether it is a seascapes or landscapes. Her work has been shown all over the United States and Japan. She was the recipient of the Ballyglen Artist Award, Ballycastle, County Mayo, Ireland in 1999 and has also received grants from the National Endowment for the Arts, New York State Foundation, and many more.