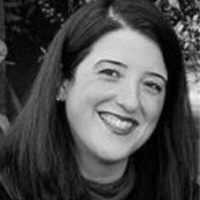 Born in Rio Piedras, Puerto Rico, Suzanne Lago Arthur grew up in New Jersey and Virginia. Suzanne received a BFA from the Corcoran College of Art & Design in 1996 and an MA from George Washington University in Museum Studies in 2001. She has exhibited to critical acclaim in both the United States and internationally in such venues as the Corcoran Gallery of Art, Washington DC, The Museum of the Americas, Washington DC, EuroAmerica Galleries, SoHo, NYC, and The United States Special Interests Section, Havana, Cuba. Suzanne currently resides with her husband and son in the rural farm country in Virginia, USA. Born to Cuban parents, her Cuban-Spanish heritage has played a unique inspirational influence on her artwork throughout her career. Her recent work, inspired by new surroundings has focused on a return to more traditional subject matter including “plein air” landscapes, portraits, “animal portraits”, still life’s’ and a closer study of the natural world.