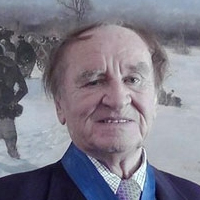 Tadeusz Lapinski received an MFA degree from the Academy of Fine Arts in Warsaw in 1955. He joined the faculty at the University of Maryland in 1972. Lapinski has held over 150 personal exhibitions throughout the world including one with Joan Miro. He has over 250 works in permanent collections in museums all over the world, in every museum in Washington D.C. including the National Gallery of Art, the White House, Museum of Modern Art in New York, San Francisco Museum of Art, California Palace of Legion of Honor, and the Museum of Modern Art Tokyo, and Tianjin Museum in China. He has had many international one-man exhibitions in the following countries: Brazil, Great Britain, Norway, Holland, Sweden, France, Germany, Austria, China, Taiwan, Canada, Mexico, Venezuela, Puerto Rico, Peru, Uruguay, Chile, Slovenia, Slovakia, Italy, Japan, New Zealand, Australia, Hawaii, Bosnia, Macedonia, Croatia, Spain, Belgium, Switzerland, and Poland. The Kennedy Gallery and Weintraub Gallery in New York City, and Franz Bader Gallery in Washington D.C. have represented him. His work was covered by an enormous number of articles, reviews, and biographical books—Beyond all Odds: The Incredible Art of Tadeusz Lapinski by Dr. Harrison Hoppes, Lapinski Arts by Tadeusz Stapowicz, and It all Started with Lapinski by Dr. Harold Mcwhinnie.

Lapinski has been honored with many top awards including the proclamation of “Lapinski Day” by Mayor Marion Barry and extended indefinitely by President Ronald Reagan. He has been awarded many prestigious medals throughout his career. He was most recently awarded the highest gold metal Gloria Artis of Poland by the Minister of Culture. Notable awards include: the UNESCO Prize from France; Gold Medal Statue of Victory of Calvatone, Italy; Gold Medal Audubon of New York City; Outstanding Man of the 21st Century of the International Biographical Center of Cambridge, England; The Medal of Honor of the city of Porto Alegre, Brazil; and the Medal of the city of Gliwice, Poland. He was featured in Who’s Who in America, Who’s Who in the World, Man of the Year in Perspective Magazine, and Maryland Man of the Year in the Prince Georges Arts Council. University of Maryland grants include the Phi Kappa Phi, CAPA Award, Outstanding Achievement Award, and Student Award.