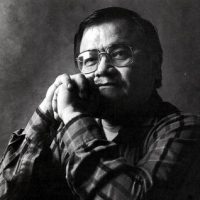 Terri Saul is Cherokee, Choctaw, and European-American. Her family has always been involved in the arts and arts education. Both parents are artists and teachers. Her grandfather Chief Terry Saul was also an artist and art teacher, part of the Native American Church, and chair of the art department at Bacone College. Terri is sorting through the post-colonial aspects of Native American (pan-Indian), and Oklahoma Cherokee and Choctaw traditions, including contemporary Native American activism. She is also Buddhist in the tradition of Thich Nhat Hanh. Recent work includes collaborations with Berkeley poet Carol Dorf. Terri’s artwork has appeared in galleries and performance spaces from Berkeley to Brooklyn, and internationally in Canada and Greece.